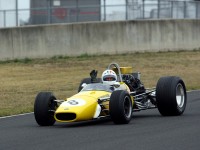 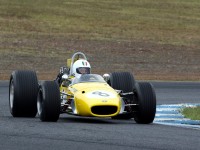 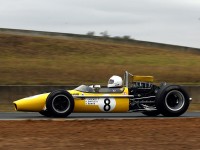 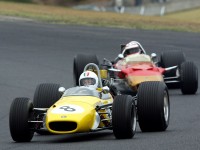 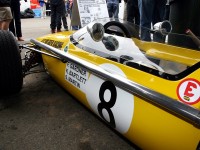 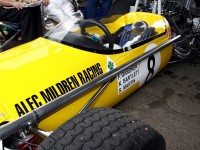 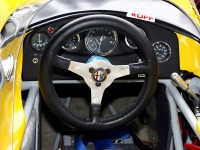 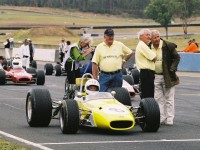 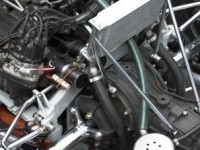 Correct car with correct history and winning performance for an outright victory in Tasman Revival Series. Second by .004 of a second to Jim Clark’s 3 litre Lotus Ford 49 in December 2006 Tasman Revival.

The car is meticulously maintained “race ready” and is exercised in demonstrations by Spencer Martin (1967 National Champion).

The car is powered by its original and very rare Alfa Romeo (Auto Delta) 2.5 litre Tipo 33 engine (AD001) and there are extensive spares for the engine, suspension, wheels, body panels and moulds.

Specially built by Ron Tauranac (Brabham) for Alec Mildren Racing under the watchful eye of the late Frank Gardner to incorporate the Auto Delta 2.5 litre Tipo 33 V8 with unique oval tubing in the engine bay. Chassis and suspension to full Formula 1 specifications.

The car was released by the Brabham factory UK September 1967 to Frank Gardner. First outing was December 1967 at Warwick Farm where it lapped all cars and broke Jackie Stewart’s lap record. Won the Hordern trophy, driver Frank Gardner.

Here’s a quote from “Brabham Ralt Honda” the Ron Tauranac Story by Mike Lawrence , Forward by Sir Jack Brabham OBE, page 96: “While some of the “International” cars were built for the Tasman Series, with Repco engines, the most successful one in the Series was the BT23D, which had an Alfa Romeo Tipo 33 engine and was built for Kevin Bartlett, who won the 1968 Australian Gold Star Championship”.

Quoting the late Frank Gardner, Kevin Bartlett and Spencer Martin, the Brabham Alfa BT23D is a superb handling car with a magnificent, smooth torque range from 4000rpm making it very easy to drive, and a sweet competitive package in all aspects. It is balanced and reliable.