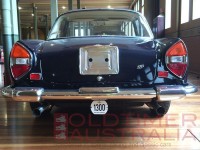 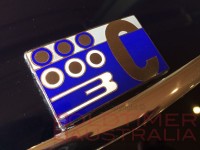 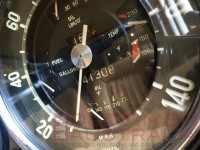 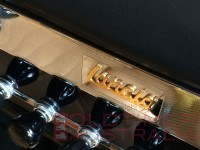 Vincenzo Lancia founded the Lancia car company on the 29th November 1906 in Turin, Italy. The company quickly became renowned for innovation and is noted for naming many of its cars using letters of the Greek alphabet. Cars such as the Lambda in the 1920’s, the Aprilia in the 1930’s, the Aurelia in the 1950’s and the Stratos in the 1970’s became legendary.

Another of Lancia’s great success stories was the Flaminia, produced from 1957 through until 1970. This was Lancia’s flagship model and was built as a saloon, coupe and convertible. The ‘standard’ Flaminias were designed and built by Pininfarina, however, many Flaminias were bodied by specialist coachbuilders in the day including Zagato and Touring Milan.

The Touring bodied cars were all ‘Superleggera’ construction with hand crafted aluminium bodies and beautifully trimmed interiors. This formula complimented Lancia’s fabulous chassis & engine and these cars were built in limited quantities to compete with period GT cars from Maserati, Aston Martin and the like.

The car on display is a 1964 Lancia Flaminia 3C GTL 2.8 litre. Only 300 of these cars were built from 1963 to 1965 of which only 5 were factory right hand drive. This car is an Australian delivered example that was sold new into Adelaide. It’s first owner who was understood to be ‘a gentleman, a character and quite eccentric’ used the car primarily to commute between Adelaide and Melbourne to visit his girlfriend at the time. Once the relationship ended he had no use for a high speed touring car and offered it for sale. These cars were very expensive new ($7,100 in 1966, which was similar to a Jaguar E-Type and compared to just over $2,500 for your typical family car). The car did not sell quickly and its owner in a fit of pique decided to brick the car up in a barn on his property. Following his death some 3o years later the car was ‘found’ and ultimately sold by his estate to its second owner in 2000. Following a two year nut and bolt restoration the car has been regularly used for rallies & club events and travelled some 25,000 miles since. Today the car presents and drives fabulously and it is accompanied by its original tool kit, owners hand book, two volume workshop manual, spare parts manual, original sales brochure and the original sales invoice for the purchase of the car when new.

The car is now offered for sale by Oldtimer Australia and has to be great value compared to a period Maserati or Aston Martin!